"Jeffery represents the combination of research, precision, and just plain guts that it takes to become a renowned golf collector."

"What began with a seventy-two dollar investment at a Goodwill store in West Allis, Wisconsin, in 1972, grew into one man's crusade to collect, document, analyze and preserve not only the golf clubs themselves, but the passion of the clubmaker as well.

"Along the way he also documented the history of the game and the stories of the men who, for over two and a half centuries, have combined science, craft, art and alchemy in the manufacture of golf clubs.

"While assembling his unprecedented collection, Ellis began cataloging, photographing, and writing about every significant club and clubmaker known. The resulting book, The Clubmaker's Art, was first published as a single volume in 1997, and was named to a Golf World list of the top 10 golf books of the 20th century.

"Travel and Leisure Golf called it the 'heavyweight champion—literally' and included it on a list of the top 25 golf books ever written. It also won the Murdoch Medal, awarded in Great Britain for outstanding achievement in golf literature.

"Revised and expanded in 2007, The Clubmaker's Art is now a massive two-volume set featuring 1,250 illustrations in full color. And it's a fabulous way to enjoy the beauty of these clubs without spending two small fortunes and thirty-plus years as a collector."

"Through his collection, his consulting work for companies such as Callaway and TaylorMade, and his groundbreaking research, Ellis has topped out as the pre-eminent golf club historian in the world." 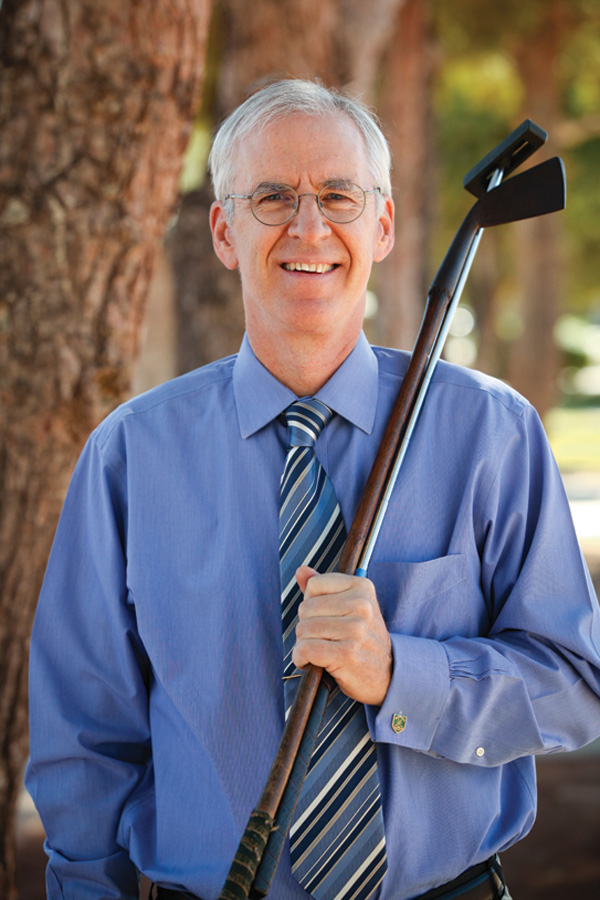